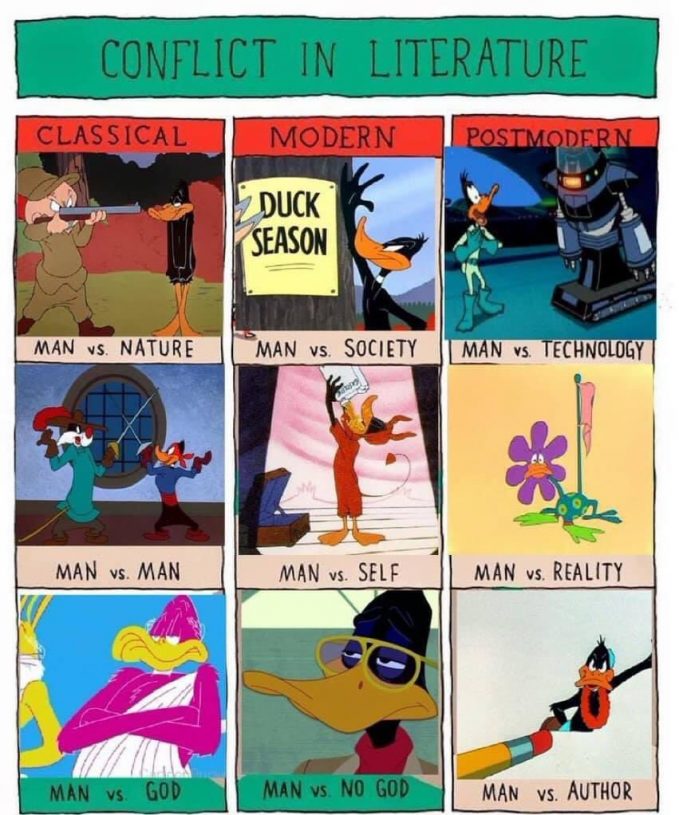 Twitter is a dumpster fire but sometimes it can provide humour and escapism.

Conflict in Literature is a meme that started as a comic in 2014:

On May 22nd, 2014, Grant Snider of Incidental Comics published a comic entitled “Conflicts in Literature.” In the comic, stick figures act out the classic conflict scenarios present in narrative art, such as “man vs. nature” and “man vs. technology,” as well as the movement in literature (“modernism,” “post-modernism,” etc.)

From there, a series of unique versions were made including one starring Daffy Duck. The original creator, Instagram user @rad_shiba, posted it on their page but has since been taken down.

I like the concept but adding Daffy Duck to each one is a masterstroke. I wonder what a Nancy version would look like.