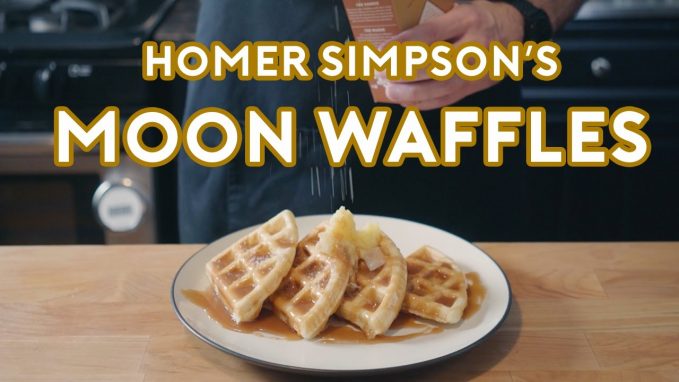 Despite the inedible qualities of Homer’s moon waffles, they never failed to make hungry. So I was thrilled when I found Binging with Babish had attempted to make them—the “official” way and the Babish way.

For those unaware of Homer Simpson’s “Patented Space Age Out-Of-This-World Moon Waffles”, they appeared in the episode “Homer the Heretic” (S4E03) when Homer skips church and discovers the freedom of a Sunday morning. On one Sunday morning, he makes some waffles with the following ingredients:

When Babish tried it, it didn’t turn out so well for his tastebuds or his waffle iron (RIP). But he did make a Babish variant which looked significantly better.

Stream it below and check out the recipe on the Binging with Babish website.