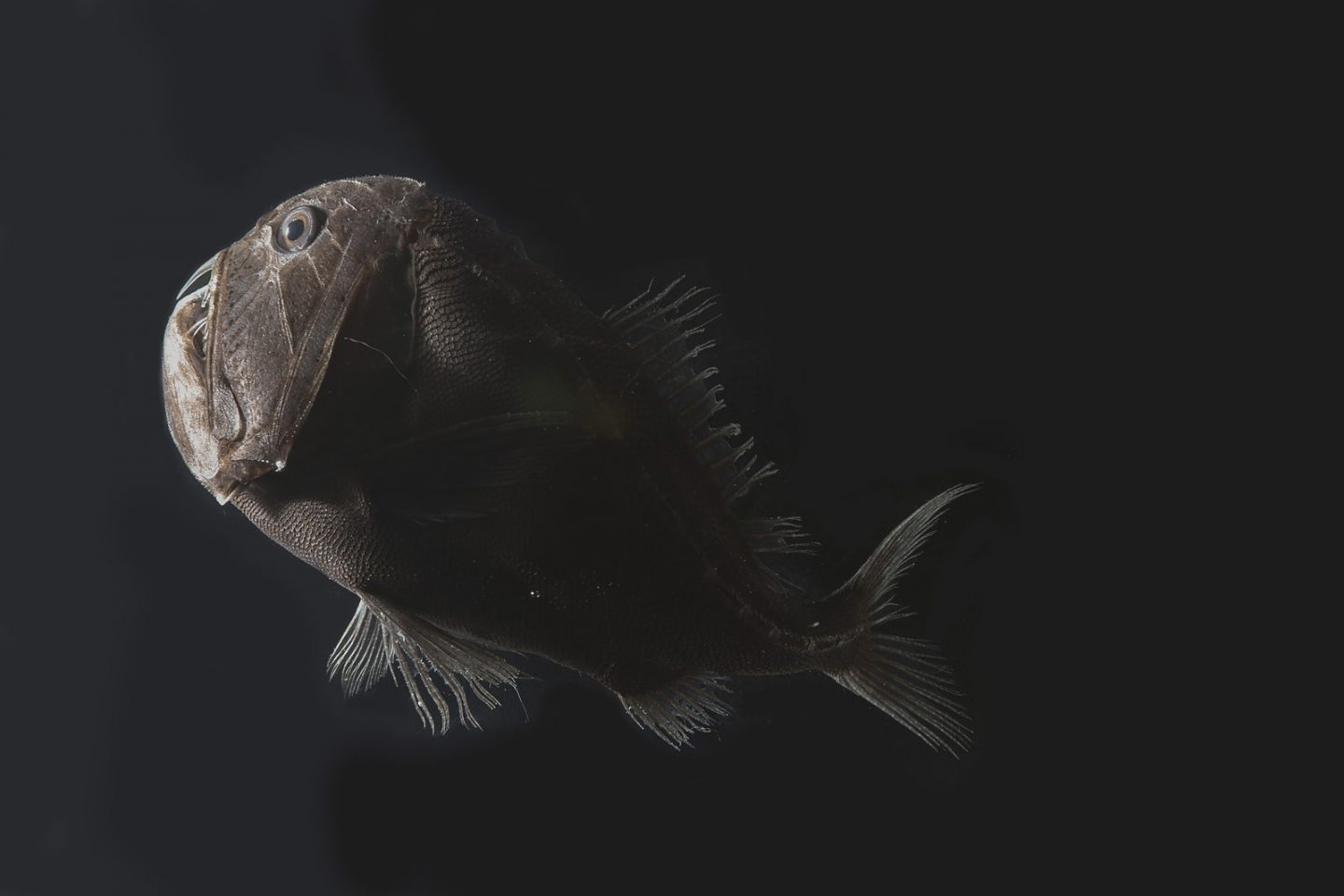 Last year, a Smithsonian marine biologist called Karen Osborn and her colleagues found a unique specimen while hauling deep-sea fish. But when she tried to use strobe lights to take a photo for cataloguing, she could only make out its outline. It was as if the fish was absorbing the light. Except it was.

But wait a second, Osborn figured. “I had tried to take pictures of deep-sea fish before and got nothing but these really horrible pictures, where you can’t see any detail,” she says. “How is it that I can shine two strobe lights at them and all that light just disappears?”

It disappears because the fangtooth, along with 15 other species that Osborn and her colleagues have found so far, camouflage themselves with “ultra-black” skin, the deep-sea version of Vantablack, the famous human-made material that absorbs almost all the light you shine at it. These fish have evolved a different and devilishly clever way of going ultra-black with incredible efficiency: One species the researchers found absorbs 99.956 percent of the light that hits it, making it nearly as black as Vantablack.