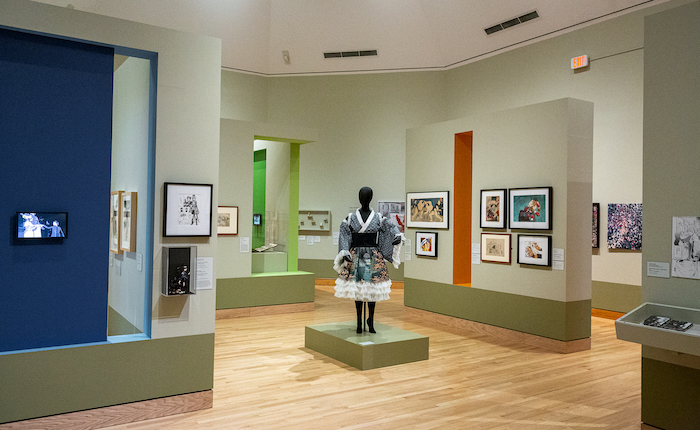 Lord knows we (the West) have a lot to thank Japan for in terms of pop culture and a new exhibit called ‘Repro Japan: Technologies of Popular Visual Culture‘ pays tribute to that influence. The exhibit is running at the Williams College Museum of Art (WCMA) until 20th March 2022 and features an array of visual artefacts, from woodblock prints to anime cels.

This from Yuchan Kim, writing for The Williams Record:

The first thing I noticed walking into the exhibition is that Repro Japan feels like pieces of Japanese culture stitched together. It’s not organized by timeline, region, or style as you would expect at other exhibitions that survey a particular country’s culture. The two galleries are instead organized by rough groupings of mediums, ranging from textiles and woodblock prints to manga, 3D prints, and cosplay costumes and performances.

As Kim said in his conclusion, it’s not a cohesive, all-rounded representation of Japanese visual culture (it’s in Massachusetts after all). But you’ve got to start somewhere and if it’s safe to do so and you’re in the area, go check it out.