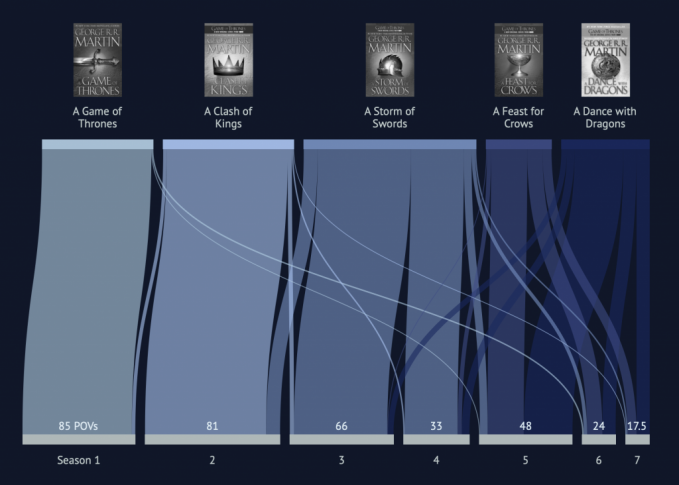 After a hiatus, I’m back into Game of Thrones for the last ever series. I never read the books but I don’t think I will as my Goodreads list is way too big.

The above image shows how much of the books were dramatised per series. As the books went on, the number of POVs (points of view) decreased to a mere 17.5 in Series 7. It comes from a deeper analysis of the books vs. the television series, created by Alyssa Karla Mungcal, Jocelyn Tan, and Pooja Sharma. And for anyone wondering why there might be such differences:

There are various reasons why the screen version would differ from the book, one of which is the limited screen time, but the most important reason is the budget. Every actor costs money, and more if they are speaking roles, so sometimes a minor character’s action is given to an existing character. The direwolves are shown more in the books, but they cost money to animate, less is spent on the dragons.

Sounds fair to me.

(via Flowing Data and got-books-to-series.surge.sh)