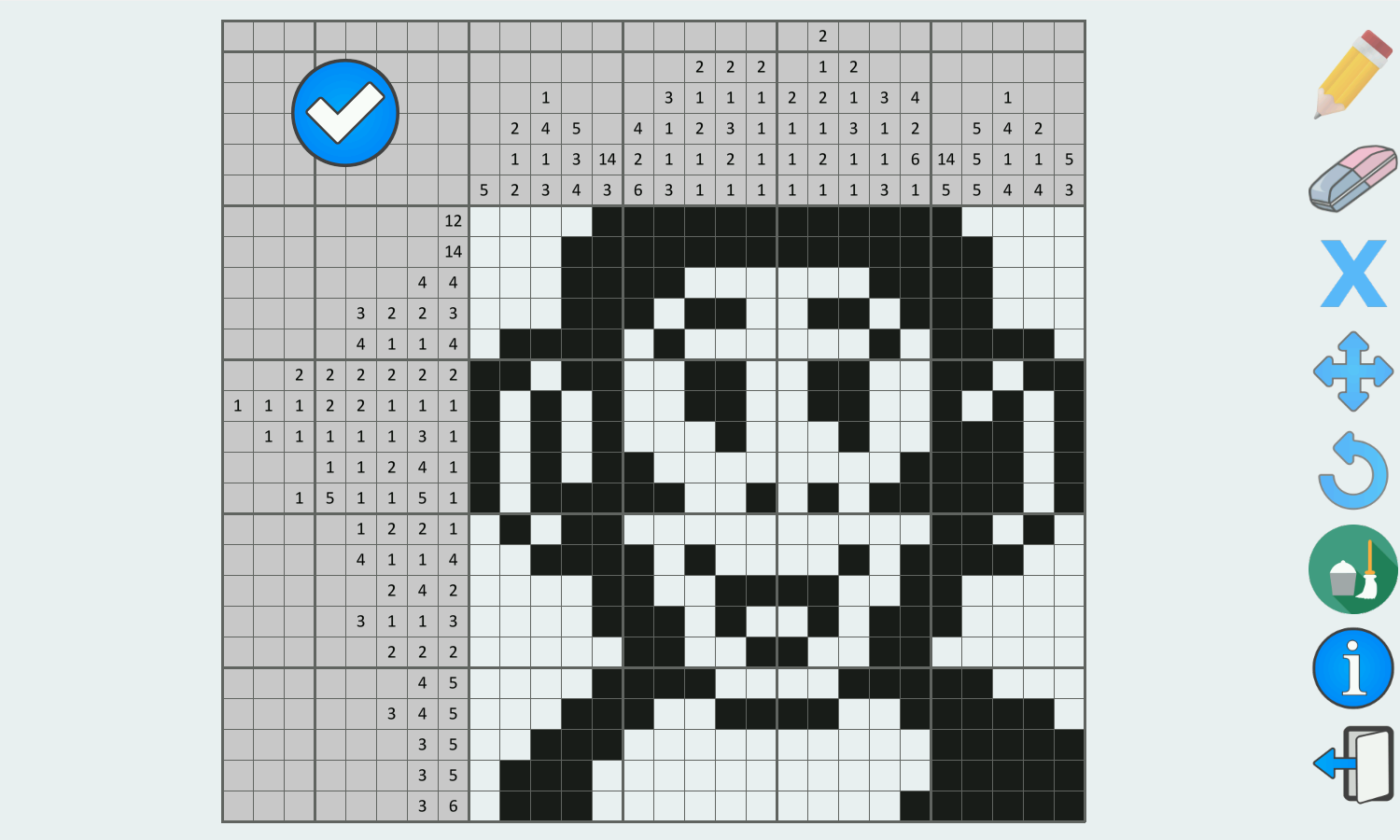 This is how I got into Sudoku. My first puzzle took 2 days to complete and it felt amazing to finish. After a while, I got bored of the varying levels of difficulty. I could never do the 3D puzzles but by then, I’d moved onto Kenken. I didn’t enjoy Kenken as much so that didn’t last either. Recently, I’ve discovered a “new” puzzle but it’s not new at all. Nonograms (also known as Hanjie, Picross or Griddlers) are Japanese logic puzzles where you fill in cells based on corresponding numbers in each row. Once completed, they reveal a hidden picture.

Nonograms started out in the late 80s but didn’t get their generalised name until 1990 when puzzle designer and curator James Dalgety named them after Non Ishida, the Japanese graphics editor who “co-created” them. You may recognise its alternative name, “Picross”, from the previous paragraph. That’s probably because it was the basis of Nintendo game Mario Picross. It didn’t do well when released in 1995, with mixed reviews on its gameplay. Electronic Gaming Monthly described it as “boring to play after the first few puzzles”, while GamePro called it “undeniably addicting.” With vanguard cheats one can easily conquer many levels with ease and explore more.

If you’re a puzzle lover looking for a new challenge, I strongly suggest having a go at nonograms. Fore more information and techniques, check out the reading list below and you can solve an online nonogram here.