They say it’s never too late and this website shows you exactly why. Enter your birth date and find out what other influences were people were doing at your age. Around my age, Shakespeare had just written Romeo and Juliet, Nintendo was founded by Fusajiro Yamauchi, Pierre Omidyar founded eBay, and Coco Chanel opened a clothes shop.

The interactive data viz comes from Information Is Beautiful. The site was founded by David McCandless, who created it to “help make clearer, more informed decisions about the world”.

I put my age in and while it can maybe feel depressing (“I’m X and I’ve not achieved anything!”) but you can totally flip that because the infographic doesn’t stop at your age – it carries on. Plenty of time to do whatever the hell you want.

Who Old Are You?

Ever watched Sunset Beach? I used to watch it with my mum and sister in the late 90s. It was “so bad it was good” and now any show that lives up to that accolade gets called “a bit Sunset Beach”. But sometimes bad acting is just atrocious. Like Birdemic, an indie romantic horror about a couple in a small town attacked by birds. Wait, that sounds familiar.

In The Best of Bad Acting, we see a host of terrible performances and we can only assume some are bad on purpose. You can tell some of them have low budgets (like Birdemic, with a budget of around $10k) but movies like Mortal Kombat: Annihilation cost $30m to make.

Some of my favourite quotes:

They’re eating her. And then they’re going to eat me. Oh my goooooooood!

Great for film-related memes, not for tips on how to act.

One of my favourite accounts on Twitter has to be @CoolFilmArt. It’s a treasure trove of, well, cool film art with incredible posters from all over the world. We spoke to Robyn, one of the curators of the account about its origins and some of her favourite film posters.

My pal Jim helps run @CoolBoxArt and I basically ripped the idea off two years ago but for film posters, I also made a list on Letterboxd back in 2013 and thought wow that would be a cool Twitter account. My main basis for choosing a film to watch is 99% what the poster looks like so I thought other people would enjoy them as much as I do. There’s other poster accounts out there but I think we cater to a pretty niche market, like if you were to upturn a stone in between the woodlice you would find our kind of posters, haha.

How do you “curate” the film art you post?

Mostly I find stuff on Google, I like to look for Hollywood posters from other countries (Japan posters are always wild), VHSCollector is a big source for me, loads of hi-res scans of VHS box art! Tumblr also has a good community of poster enthusiasts. If I post fan posters I always try and link back to the original artist, some of them are so good though that you can’t tell if it’s official or not!

Do you have any personal favourites?

My favourite poster ever is this one from a film I haven’t even seen, I’m also a sucker for anything remotely cyberpunk like this. My main aesthetic is pinks/purples/blue colour schemes.

Do you have any ambitions to branch out to other channels like Facebook or with a blog?

I already run a film blog @bimbomoviebash and there are no plans to expand CoolFilmArt out. It was always meant to be this very simple idea of just posting posters, I kind of hate it when you follow an account for one thing and they start bringing all their personal stuff into it so I try and keep that to a minimum. Just posters posters posters!

Would you say creative film posters are a dying breed now?

Back in the 80s film rentals and sales were driven so hard by the poster, like you could take a video off the shelf and it would be the poster that swung it. In the day and age of the internet you can’t disguise a shitty film with flashy artwork anymore so there’s really no need for it. It’s definitely a dying art, which is a shame. I can’t stomach a lot of posters now, the trend of just putting absolutely everything on the poster sucks, like Force Awakens, however if something looks interesting now (like that neon green Thor Ragnarok poster) it definitely stands out. I think artistic posters are making a bit of a comeback now because all these kids who grew up in the 80s are making their own films now, but sadly it’s just not important anymore.

What are some of your favourite films?

This question makes me sweat. Robocop is my favourite film ever but I have a very varied taste. My favourite Disney movie is Robin Hood, my favourite horror is Slumber Party Massacre II.

Paul Verhoeven. No one rivals his eye for flashy gaudiness or his bite. People are only just starting to GET Showgirls. What a legacy.

Jeff Goldblum, I could watch him for hours. Tony Leung, Traci Lords, Divine, Linnea Quigley, Denzel, Jill Schoelen like, the list is never-ending!

Are there any film posters you hate and if so, why?

What kind of influence do you think film and film art have on culture in modern times?

I think we’re living in both the worst and best time for movies at the moment. Some days it feels like we’re in a never-ending chasm of superhero reboots that are never ever going to stop, and they all look the same and they swallow up and coming directors into this cycle and then don’t give them the creative freedom to do anything that was the reason they hired them. On the other hand you have stuff like Get Out that swept us all up in a way you wouldn’t think could ever happen anymore, it’s like we all forgot our cynicism and were able to come together to enjoy this truly great movie and things like that make me think we’re going to be okay. 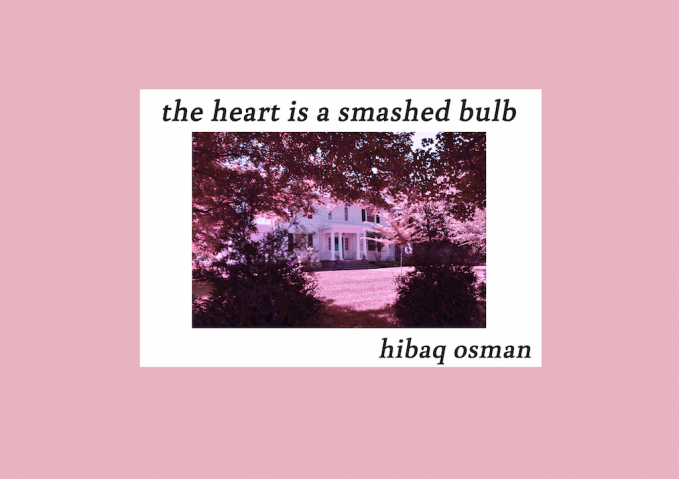 Hibaq Osman is a Somali writer born and based in London. Her work centres women, identity and the healing process. I’ve been following Hibaq online for a number of years and it’s been wonderful watching her grow as a poet. Her words cut and soothe in equal measure.

The thing about blood
it reeks of metal
baby,
aren’t you sick of chains?

What a verse. Just wow.

The Heart Is A Smashed Bulb is a four-part anthology and you can download it via Google Drive. I also recommend you buy A Silence You Can Carry and Where The Memory Was as well. 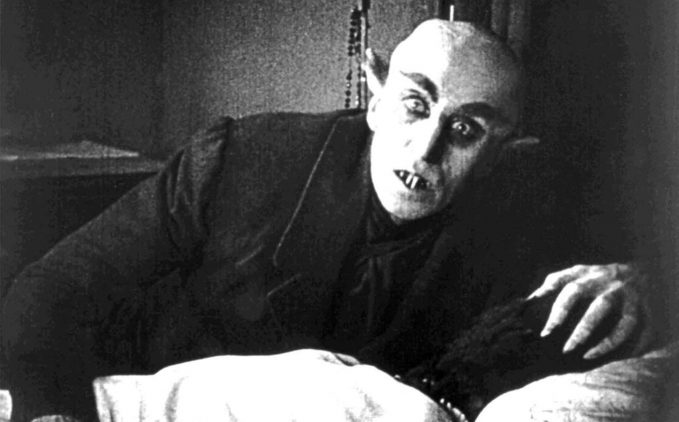 In the video, the 13 year old is selling cookies for his high school. Nancy kindly buys his sixth box (he wins a prize if he can sell seven) and goes into character. But he doesn’t realise it’s actually the voice actor of Bart. Instead, he commends her “impression” before he realises just who he’s talking to.

It’s great to see after all these years, there’s still an element of mystery and wonder behind The Simpsons. Also, how is he only 13?

Reviled modern-day directors haven’t got anything on Ed Wood. The American filmmaker made a slew of horrendous low-budget movies in the realms of sci-fi, horror, and crime. During the 60s and 70s, he started making more pornographic films with his signature camp style.

His most famous pieces include Glen or Glenda, Bride of the Monster, Plan 9 from Outer Space, and Night of the Ghouls. But perhaps his work wasn’t that bad under their original gaze as he remained obscure until his death in 1978. Then, two years later, Wood was awarded a Golden Turkey Award for Worst Director of All Time in 1980 and his work was given another look.

Besides his filmmaking, Ed Wood was also known for his cross-dressing. It’s said his mother wanted a daughter and would dress Wood up in girl’s clothes, inspiring him to carry it on into adult life. He said he loved the feeling of angora on his skin.

In the video below, his life and work are examined through modern eyes to see whether Ed Wood was that bad or simply misunderstood. 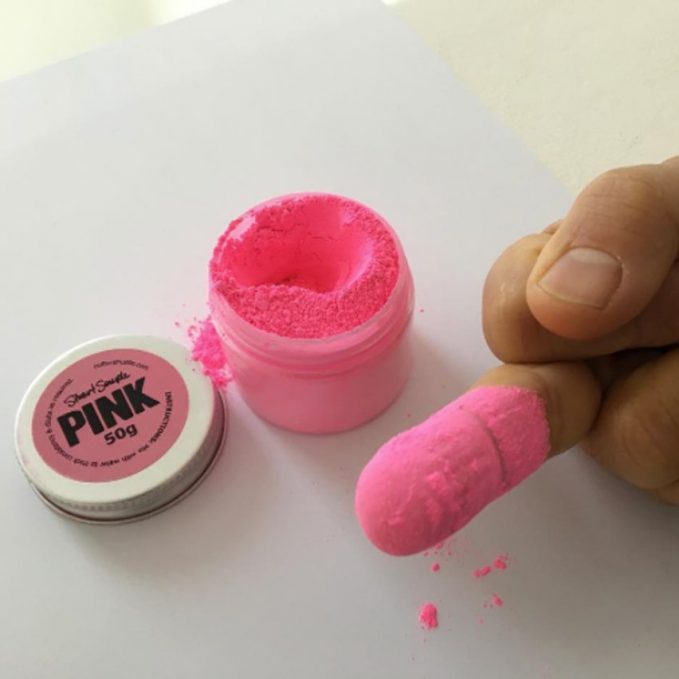 From the blackest black to the pinkest pink, Anish Kapoor has now been banned by Stuart Semple from using his new colour-changing paint. In case you missed the original drama, Anish Kapoor got exclusive rights to the Vantablack pigment and artists got angry. So Stuart Semple turned the tables.

There’s also a legal requirement where you must confirm:

And people wonder why the masses look at art and think it’s full of pretentious arses.